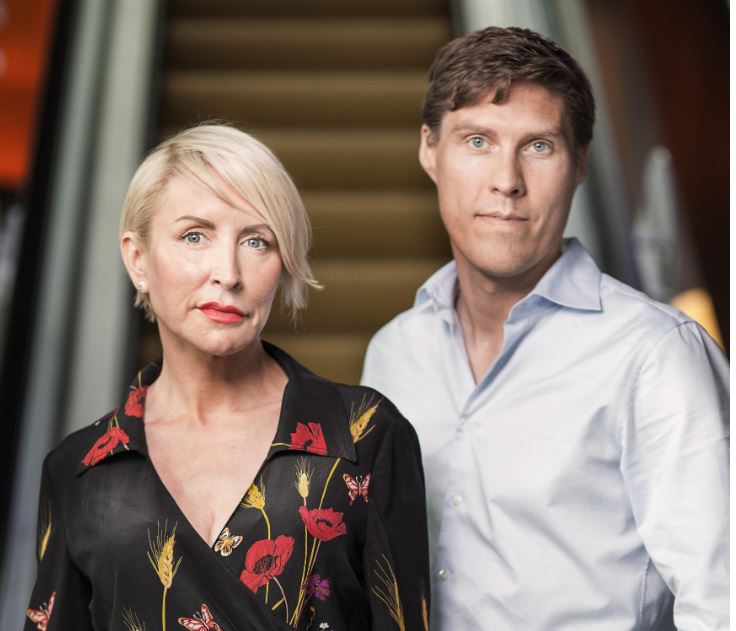 Founded in 2006, Astrid Och Aporna is a well-known vegan food brand in Scandinavian markets, celebrated for its tasty and innovative products. The Astrid Och Aporna brand will not change, and new products are planned to come to shelves soon, including a new range of vegan cheese.

“Astrid Och Aporna was one of the earliest 100% vegan meat, fish and dairy free brands in Scandinavia, it’s food supplied and developed by us at VBites and driven by its enthusiastic team for over a decade.

It would be a shame to not help this innovative company keep its strong hold in the market with the best tasting and largest variety of meat fish and dairy free alternatives in the country.”

“It is exciting for us to be announcing the relaunch of Astrid Och Aporna with VBites. Heather has been instrumental in defining and growing the vegan food category in Scandinavian supermarkets for over a decade now, and her support and partnership as we revitalise Astrid Och Aporna is critical to our future success.

By partnering with Heather and VBites to resurrect the iconic vegan Astrid Och Aporna brand, we plan to meet strong demand for vegan products by making existing and new products more widely available than ever before.

In fact, Astrid Och Aporna products have already returned to selected stores, and we plan to relaunch in all major supermarkets in Scandinavia, as well as in restaurants, the wider catering industries and in hotels in the near future.

The relaunch of Astrid Och Aporna is a perfect fit with Kale United’s strategy to harness its local expertise and international reach, helping global plant-based companies to enter Scandinavia and to support Scandinavian companies as they grow globally.

I’d like to thank Heather and the VBites team, as well as the wider team at Astrid Och Aporna for their support in helping bring this deal to reality.”

Plant-based food pioneers since 1993, ethical food firm VBites produces 140,100% natural plant-based ingredients in over 600,000 ft² of the largest manufacturing facilities of its kind in the world, that are free from animal products/derivatives and include allergen free cheeses.

VBites is the world’s leading manufacturer of meat, fish and dairy free substitutes and distributes worldwide.

Following a life-changing accident in 1993, Heather has now been vegan for 26 years. Motivated by the lack of choice available, Heather started developing meat, fish and dairy free alternatives that actually tasted great.

Initially starting with soy protein, Heather and the VBites team have expanded to work with pea protein, as well as algal oils, developing over 140 exact replications of meat, fish and dairy alternative products for parallel eating.

VBites is now one of the biggest plant based companies in the world and has won over 80 awards. Heather is committed to driving the transition to a plant-based world, and her activism has included donating US$ 1 million to improving the health and nutrition of the residents of the then poverty stricken area of the Bronx, New York, over a decade ago.

Kale United is a Swedish company creating a global ecosystem for plant-based businesses to flourish. Launched in 2018 and backed by a successful crowdfunding round, the mission is to increase the global availability and awareness of plant-based products.

Kale United provides its member companies with services that help them grow, and become a long-term stakeholder in selected businesses. Kale United believes in strong partnerships with organisations that match its ethical and sustainable ethos.

Måns is a successful entrepreneur and experienced investor. For his latest venture, Resolution Games, he raised US$6 million from prominent investors such as Google Ventures. As well as corporate roles heading US$100 million Swedish telco Rebtel, he also founded Neutral World: a carbon footprint comparison shopping site.

Launched in 2018 backed by a successful crowdfunding campaign, Kale United is a project close to Måns’ heart, aligning with his personal ethics and vision for a more sustainable, ethical future. Vegan since 2015, Måns is passionate about supporting and investing in the plant-based movement. Måns is also a Climate Leader, trained by the former Vice President Al Gore as part of his non-profit organisation, Climate Reality.