Expansion Continues at Kale United with Launch of €2.15 Million Funding Round and Board Appointments 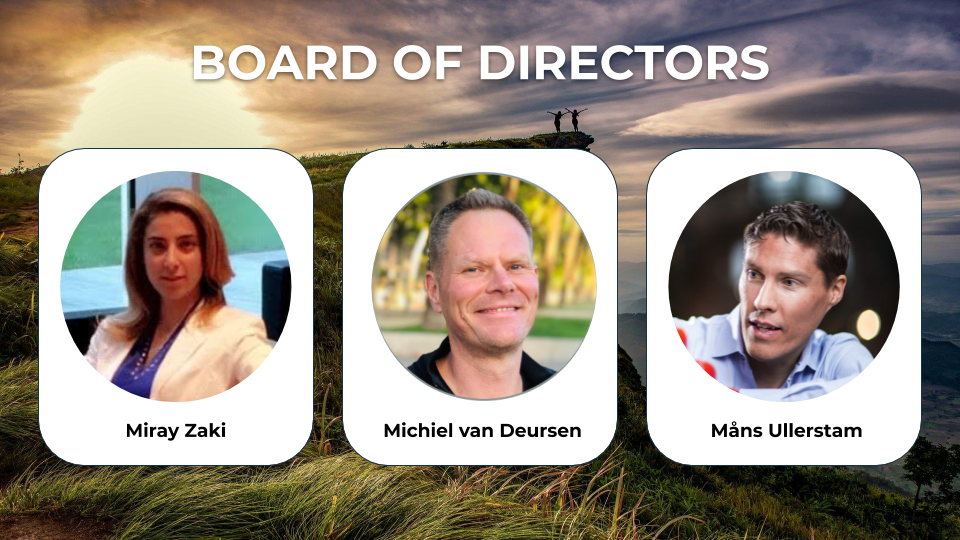 Stockholm, Sweden, October 26th, 2020: Plant-based holding and distribution company Kale United AB (Kale United) is delighted to announce the launch of its fourth funding round on FundedByMe, seeking to raise €2.15 million in total by Christmas to drive further expansion of its game-changing network.

Launching to the public on November 23rd, 2020, the funding round has already attracted over €1 million from private investors prior to the public opening.

The fresh investment round will support Kale United as it continues to build out the leading portfolio of plant-based companies and support the successful distribution of game-changing brands in Scandinavia and beyond.

To date, Kale United has made several key investments, including the acquisition of Scandinavia’s first and most well-known vegan brand Astrid & Aporna. The company has also signed significant distribution deals with Mighty Pea, Heura, Bärta, Hooray Foods, Rubies in the Rubble and more, and has established a distribution network in Scandinavia and beyond.

Kale United is also very happy to announce a new proposed Board of Directors with Miray Zaki from Dismatrix as Non-executive Director, Michiel van Deursen from CapitalV as Non-executive Chairman, and Founder Måns Ullerstam.

Miray was selected as one of the 100 Most Influential Women in Finance by Dow Jones Financial News, and is an investment professional, having managed investments as large as US$500 million.

Michiel is a former tech entrepreneur and now invests solely in plant-based businesses. His passion for healthy living began while training for an Ironman triathlon.

Dismatrix co-founder Sebastiano Cossia Castiglioni said:
“Scandinavia is one of the fastest growing environmentally and vegan friendly markets globally, with a strong focus on ethical investment. We believe in Kale United’s great vision developing an incumbent market leader and the expertise and network of Måns and his team to take the rest of our portfolio to the Scandiavian market.

The rapidly growing plant-based industry is an established global trend, providing consumers with healthier, affordable and sustainable choices. Making it possible for everyone to invest in plant-based game changers, and increasing the global distribution of plant-based products is quite simply better for us, and better for the planet.”

Kale United Founder Måns Ullerstam said:
“I’m very pleased to be announcing the next round of funding and expansion at Kale United, and to be welcoming pioneering plant-based and ethical investment experts in Miray and Michiel to the Board, supported by our expert team of advisors.

It’s hugely encouraging to see our latest investment attracting more than €1 million before we open to the public; a testament to the potential Kale United has to further expand its leading portfolio of plant-based companies.

Kale United has already attracted over 500 investors from 30 companies, taking plant-based game-changers to the Scandinavian market and beyond with investments in more than 30 brands and more than 10 distribution deals, and counting.

The capital raised in this funding round will be used to acquire new brands that are supporting global change and presenting fresh ideas that can positively impact the world. We will also be further expanding our global distribution network that is helping these brands to scale.”

About Kale United
Kale United is a Swedish distribution company creating a global ecosystem for plant-based businesses to flourish. Launched in 2018 and backed by a successful crowdfunding round, the mission is to increase the global availability and awareness of plant-based products. Kale United provides its member companies with services that help them grow and become a long-term stakeholder in selected businesses.

About Måns Ullerstam
Måns is a successful entrepreneur and experienced investor. For his latest venture, Resolution Games, he raised US$6 million from prominent investors such as Google Ventures. He has had several corporate roles, including heading US$100 million Swedish telco Rebtel, and is also the founder of Neutral World: a carbon footprint comparison shopping site.

Launched in 2018 and backed by a successful crowdfunding campaign, Kale United is a project close to Måns’ heart, aligning with his personal ethics and vision for a more sustainable, ethical future. A vegan since 2015, Måns is passionate about supporting and investing in the plant-based movement. Måns is also a Climate Leader, trained by the former US Vice President Al Gore as part of his non-profit organisation, Climate Reality.